Situated in Metropolitan Taipei, the Taipei International Airport is the hub of domestic air transportation. It is easily accessible from the town centers.Website : www.tsa.gov.tw/tsa/en/home.aspxTaiwan Railway 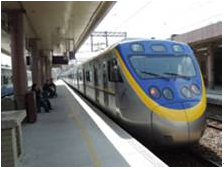 Constructed in the late 19th century, Taiwan's railway system has been developed so extensively over the years that many routes are in fact no longer used today. The railway system has long been connecting cities to the country side. The history behind the railway system brings a sense of romanticism to railway trains. While the traditional railway system does not travel as fast as the newly opened high speed rail system, traditional trains cost less than half the price of high speed trains, easily making them a favorite among backpackers and railway fans.Website : www.railway.gov.tw/en/index.aspxTaiwan High Speed Rail 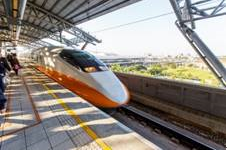 Address No. 3, Beiping West Road, TaipeiHours: 06:00 - 24:00 everydayService hotline: 886-2-40663000External connection. The Taipei High Speed Rail Station shares the same complex with the Taiwan Railway Station and its metro station. The Taipei Railway Station is conveniently located in the nexus of the city transportation network. The station is included in all major public transportation system.Taoyuan Airport MRT 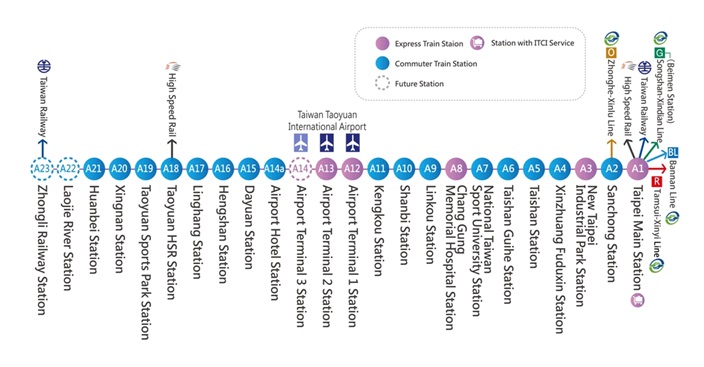 english.metro.taipei/ct.asp?xItem=1056373&CtNode=70241&mp=122036The system operates according to a spoke-hub distribution paradigm, with six lines running radically outward from central Taipei. The metro system operates from 6 am to midnight daily. Clean and air-conditioned trains arrive every five minutes. A “Single-journey Ticket” costs between NT$20 to NT$65 depends on distance. Smoking, eating, drinking or gum chewing are strictly prohibited on all MRT trains.Website : http://english.metro.taipei/np.asp?ctNode=70239&mp=122036

BusBuses in Taipei are numerous and bus routes are well-planned. Once you get a hang of it, buses are a great way to get around the city. Buses take EasyCard or cash. Prices are calculated by distance. Tickets come in three price levels: One-segment, Two-segment and Three-segment. Website : ebus.gov.taipei/TicketsCoin: One-segment ticket, regular NT$15; Two-segment ticket, regular NT$30; Three-segment, NT$45. Most passengers will only need a One-segment ticket. The bus driver will notify you if you need to pay more for a Two or Three-segment ticket.EasyCardGently sweep card over the sensor area marked by the EasyCard logo (or insert tokeninto the slot) on the ticket reader. The beep you hear indicates that credit corresponding to the ticket amount has been deducted from your card.Taipei PassWebsite : taipeipass.travel.taipei/?lang=en